In 2014, the SSU community began a campus-wide conversation about the hateful comments and negative experiences students from historically marginalized communities faced every day on the campus. Degrading slurs, written on the whiteboard outside a student residence, brought much-needed attention to SSU’s campus climate, and mobilized a group of students who wanted to make a significant change in the campus culture. Campus leadership commissioned the Seawolf Values Committee in November 2014, which was comprised of students, faculty, and staff to identify values that would characterize the Seawolf identity. After a yearlong process the values of Integrity, Excellence, Respect, and Responsibility were selected as the founding principles of the Seawolf Commitment.

As a Seawolf, I Commit Myself to the Highest Ethical Standards.

Integrity - I will conduct myself with INTEGRITY in my dealings with students, staff, and faculty

Respect - I will RESPECT the rights and dignity of others 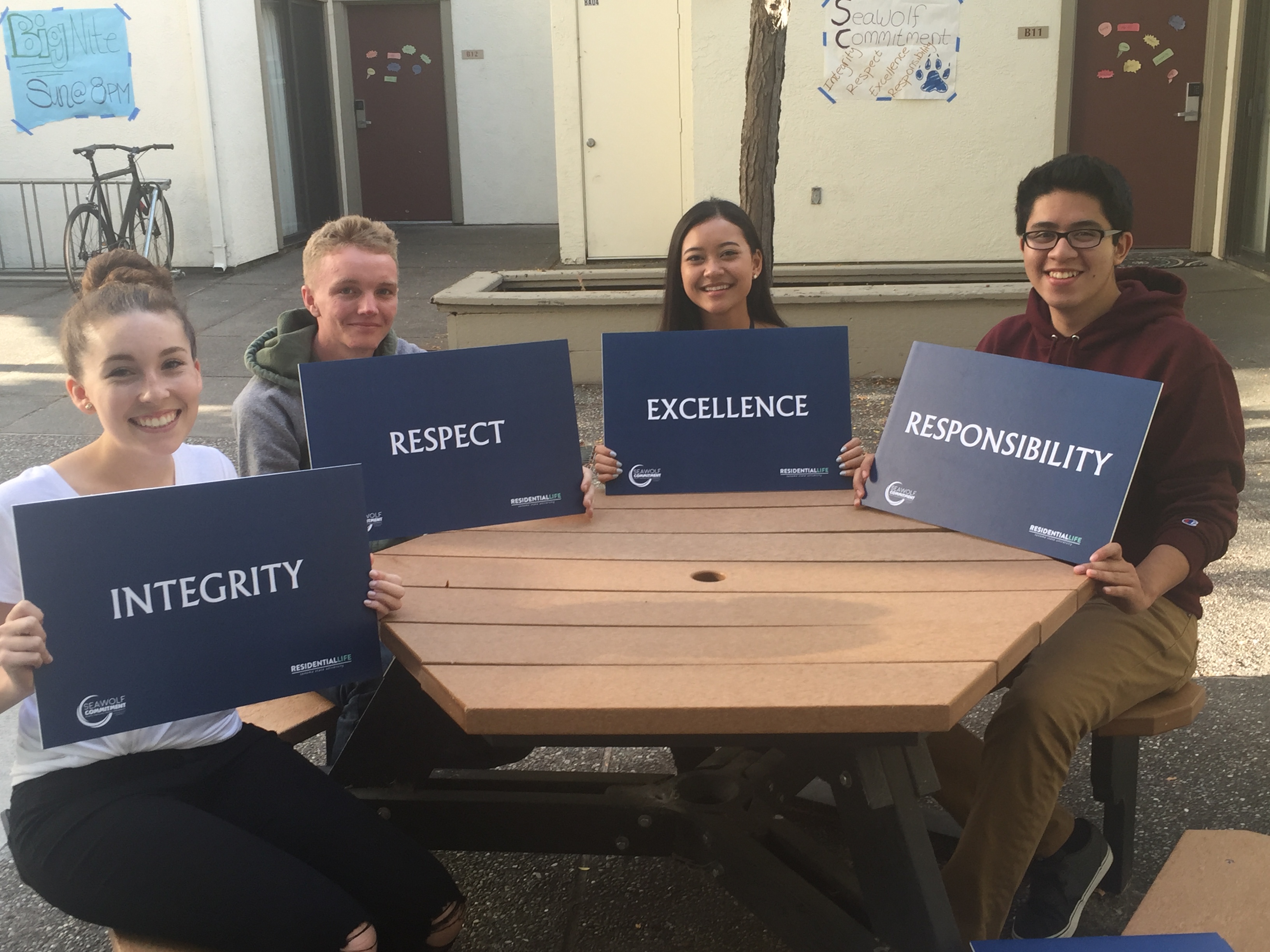